Blue Sky Studios Wiki
Register
Don't have an account?
Sign In
Advertisement
in: G-Rated films, Films not scored by John Powell, Films to have human characters,
and 3 more

The Peanuts Movie (labelled in some other countries as Snoopy and Charlie Brown: The Peanuts Movie) is a 2015 American 3D computer-animated adventure-comedy film produced by Blue Sky Studios and distributed by 20th Century Fox. The film is directed by Steve Martino and written by Bryan Schulz, Craig Schulz, and Cornelius Uliano. It is the fifth full-length feature film to be based on the Peanuts comic strip by Charles M. Schulz, and the first feature film based on the characters in 35 years. The film was released on November 4, 2015. The film serves as the finale of the Peanuts franchise.

The film was positively welcomed from both film critics and audiences, and was a box office success, grossing $246 million worldwide against it's $99 million budget.

When the Little Red-Haired Girl moves in to his neighborhood, Charlie Brown, the protagonist, develops a crush on her, but is frustrated that his long-running streak of bad luck will prevent him from ever getting noticed. Lucy tells Charlie that he should try being more confident. Charlie Brown decides to embark upon a series of new activities in hope of finding his niche--and to get the Little Red-Haired Girl to notice him. His first attempt is to try out for a local talent show with a magic act. His sister Sally Brown is in the show before Charlie Brown and when her act goes awry, he first sacrifices his time for her help and then with Snoopy's help, helps his sister's act while ending up on the front cover of the school newspaper hanging upside down half out of a cow costume titled "MOOOOO!".

Learning that the Little Red-Haired Girl likes dancing, Charlie signs up for the school dance and gets Snoopy to teach him all his best moves. At the dance, Charlie Brown starts to attract praise for his skills until he slips on a small puddle of spilled punch and accidentally starts the sprinkler system, which causes the dance to be cut short as all the other students quickly leave the room.

Eventually, spring arrives and at the end of the school year, Charlie Brown is surprised when the Little Red-Haired Girl chooses him for a pen pal. Linus convinces Charlie Brown that he needs to tell the Little Red-Haired Girl how he feels about her before she leaves for the summer. Racing to her house, he discovers that she is about to leave on the bus for summer break. He tries to chase the bus, but is prevented from reaching it. Just as he is about to give up, Charlie Brown sees a kite fall from the Kite-Eating Tree. The kite string becomes entangled around his waist and sails away with him, quickly bringing him up to the bus's window. Amazed to see Charlie Brown flying, the other kids follow.

Upon reaching the bus, Charlie Brown finally asks the Little Red-Haired Girl why she chose him in spite of his failures. The Little Red-Haired Girl explains she admires his selflessness and praises him for his compassion from the Talent Show, his honesty from the Assembly and his bravery from the Dance. The two promise to write to one another. The other children (including Lucy) pick up to Charlie Brown and crowd around to congratulate him before picking him up on their shoulders and carrying him away with Charlie Brown finally feeling proud of himself.

In a post-credits scene, the red baron finally runs out of energy and falls into the pond.

On October 9, 2012, it was announced that after two years of rights negotiations with the Schulz family, 20th Century Fox and Blue Sky Studios were developing a 3D computer-animated feature film based on the comic strip Peanuts by Charles M. Schulz, which would be released on November 25, 2015 to coincide with the 65th anniversary of the debut of the comic strip and the 50th anniversary of the television special A Charlie Brown Christmas. Chris Wedge is announced to exclusive produced the film & Steve Martino is set to direct the film from the screenplay by Craig Schulz with the writing team of Bryan Schulz and Cornelius Uliano, who are also producing the film. On November 8, 2012, Fox shifted the release date from November 25 to November 6, 2015. On January 8, 2013, Leigh Anne Brodsky became the managing director of Peanuts Worldwide and Brodsky was set to control all the global deals for Peanuts. On April 18, 2013, it was revealed that Fox had made an announcement at CinemaCon that the film would be released in 3D. On October 23, 2012, it was announced that Paul Feig is on board to produce and oversee the film for Fox and Blue Sky. 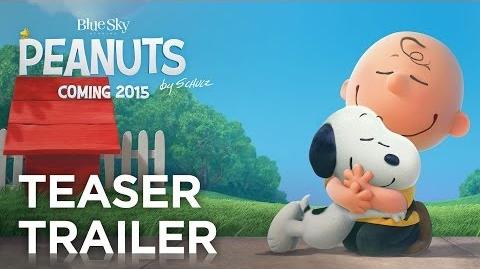 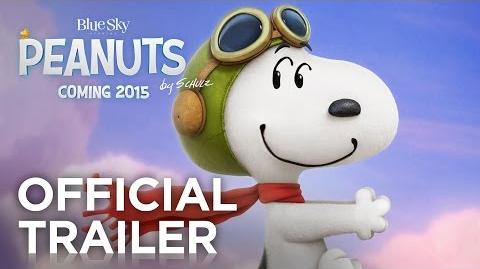 Based upon the comic strips by: Charles M. Schulz